Making Sense of the 2020 Census Fiasco

If you were contacted incessantly by the U.S. census to complete your census recently, you are not alone. This will be one of the most expensive and the most inaccurate census ever. Essentially, the pandemic slowed the process down and the president speeded it up in early August by shortening the deadline by nearly a month to September 30th.

This is the biggest survey in the world, and there
is only one chance every 10 years to get it right.

Cutting the data collection short slashed a full month from the typical two-plus months allotted to follow up with households that did not respond. And it is also shortening the cleanup period that follows, during which the bureau checks its information for accuracy and removes duplicate counts. That process normally takes five months; this year, the bureau will have only three.

Throw in a continued effort by the administration to come up with a separate count of undocumented immigrants that could be used to exclude them from the numbers used for redistricting, as well as the first time the census is integrating online-collected data into the in-person count, and you can begin to see the predicament.

Why does it matter? Aside from the official reason for the census data, which is apportioning House seats and drawing legislative districts, the data provides the statistical basis for many governmental funding decisions for the next decade. Each year, roughly $1.5 trillion in federal funds get redistributed according to census data. With undercounted populations disproportionately made up of Black Americans, Latinos, lower-income households, immigrants, and young people, an undercount would mean not only less political representation for those groups, but also fewer resources going to those communities.

So, what is the official reason for cutting the census counting process short?

I welcome your thoughts on this. Positive or negative. Please feel free to reach me anytime at byoung@youngcompany.com or 949-376-8404.

No matter your business needs, ConnectMyVoIP can assist in your software connectivity and supply you with expert opinions on the seemingly endless abyss of options. Young Company is excited to announce the launch of the new high-performance ConnectMyVoIP website. 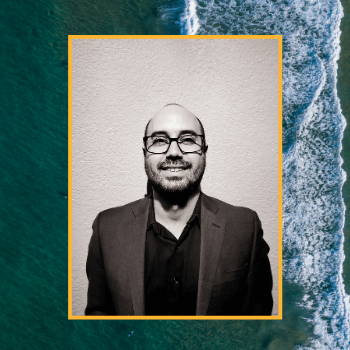 Joining Young Company in 2019, David has been an important part of our content team. As our Senior Copywriter, David is tasked with ensuring the copy that is used for campaigns and websites is punchy, relevant, and effective. He has a deep background in finance and has worked with many business owners in various sectors, lending him the authority to speak on a wide array of industries and businesses.