With television viewership on par with major sporting and entertainment events, political debates have become media attractions like we’ve never had before.  At a time when many complain that the electoral college system is unfair, obsolete and not representative of the populace, the televised debates are about as democratic as any election ever could be. No country in the world opens their political process to public view and scrutiny like the United States. And we are a better nation because of our open political debates.

Whether you wear red, blue, black or white, the debates allow millions of Americans to hear directly from potential candidates on what they think is important and what they propose to do about it. Whether you agree or not with the candidates’ views, the debates have a polarizing effect that requires you to think and think again about the pros, cons and future ramifications of every issue discussed.

Our political system has been criticized by just about everyone at one time or another, yet it somehow endures, generation after generation, producing a platform where all voices are heard, and surprises never end. We have elected presidents who are rich, poor, black, white and from almost every state. We will have a woman president in our lifetime, and it will be great, but it won’t be a surprise.

As candidates’ popularity rise and fall as a result of their debate performance, the modern media and polling machine we have invented plays a vital role in determining who the finalists will be. Their ideas are shared among millions who ponder the potential of those ideals and turn some into reality while others die onstage.

Regardless of who you are for or what you believe, I hope you agree that debates are great and it would be a dark day in paradise should they ever be banned or forgotten.

A Young Company client since 2017, JMG specializes in providing comprehensive custom-designed security systems for medium to large commercial, retail and industrial companies. JMG recently hosted their 24th Annual Golf Benefit Tournament and, with the help of generous golfers and sponsors, raised $135,000 for The Boys & Girls Club of Huntington Valley. 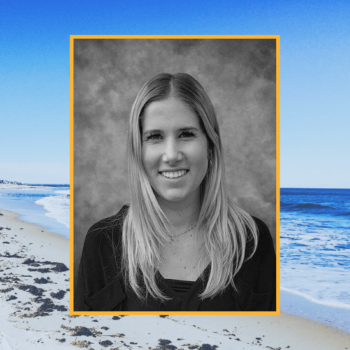 With software skills being essential to almost every job today, it’s no surprise that being an advertising Art Director is no exception. Meet Liz Philips, who returns to Young Company to work on several clients. Liz is a lady who has skills. Lots of skills. But more importantly, she has talent. Yes, she can draw and paint. Very well, thank you. Plus, Liz a has talent everyone needs around here. It is her ability to solve marketing communications challenges through creative visualization. And she applies her talent and skills to designing all kinds of promotional material, direct mailers, email campaigns, brochures, digital ads, brand identity, packaging and websites.