The whole idea of decentralizing our financial transactions sounds risky at best, even if it is possible. Money without banks? Most people don’t get it, don’t trust it and don’t want it. Most still don’t understand why we went off the gold standard nearly 50 years ago. But we did.

So why doesn’t the idea of cryptocurrency go away – just like the promise to go metric in the year 2000? We don’t even talk about that anymore. But we should.

If we hear anything in the news about crypto, it tends to be more bad than good. But unlike going metric, it remains a hot topic – still in the news 10 years after Satoshi Nakamoto invented the term cryptocurrency when he launched the most popular brand, Bitcoin as an “A Peer-to-Peer Electronic Cash System.”Big idea, but who needs it? Maybe you do.

If you ever thought about the way banks pay 1% on people’s savings and then charge 4% interest to loan to other people, you may have thought there could be a cheaper way to do this. A new way. A better way.

Let’s start with the basics. Blockchain is the technology that enables the existence of cryptocurrency (among other things). Bitcoin is the name of the best-known cryptocurrency, the one for which Blockchain technology was invented. A cryptocurrency is a medium of exchange, such as the US dollar, but is digital and uses encryption techniques to control the creation of monetary units and to verify the transfer of funds. It’s a big idea, yet the adoption and conversion rate are still low, as not everyone is convinced or fully educated on how the technology behind it works.

Will it just fade away? Not likely. Blockchain has moved from a startup idea to an established technology in a tiny fraction of the time it took for the Internet or even the PC to be accepted as a standard tool.

For more on how it works, my friend Brad Kelso has written a white paper you may download here.

Young Company is happy to announce the arrival of our newest client, Proton Products. Founded in Great Britain in 1999, Proton Products has been a leading manufacturer of instrumentation and control equipment for use in industrial production. Earlier this year, Proton Products opened a new office in Laguna Beach, CA. We welcome them to the neighborhood and are excited to help their business grow! 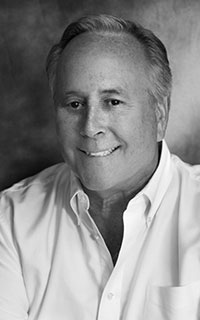 It’s November. The birth month of our boss and a fitting occasion to roast him. We could simply slap his bio up here, which speaks to the success of his professional life and many (many) years in the ad biz, as it used to be called. But because of longevity, most of you already know him. So, where’s the fun in that?

OH, OK……Yes, he started working at age 7; got himself a social security number to stuff envelopes and lick stamps (you had to lick them back then) on a 30,000 piece direct mail campaign. AND….

Yes, he is a creative genius and as a strategist, he knows more about where to market, who to market to and the pitfalls of wrong choices than almost anyone in the industry. After all, age is wisdom. Right? AND….

Yes, his list of clients includes Fortune 500 companies as well as start-ups with new products. These days, whose list doesn’t?

And you can’t have him. He’s OURS.